VIVIENNE KHOO
*Special to asia!
Comments
Tweet
-A +A

Ambergris, or grey amber. Which other perfume ingredient has been celebrated in a classic novel about the struggle between Man and Nature? As the battle rages on at the International Whaling Commission meeting in Morocco, the fate of the source of ambergris hangs in the balance. 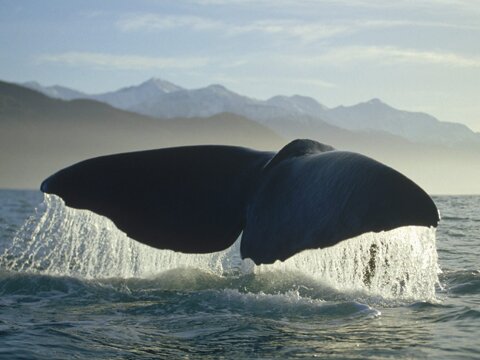 "Here were the makings of a thousand bottles of perfume, 10,000 fragrant ladies' throats inviting men's kisses, dabbed with lard from the guts of a rotting whale, " wrote the author of Moby Dick who goes on to point out the irony of something beautiful coming out of a nauseating source.

A gorilla passing out pearls comes to my mind.

Ambergris is a fatty substance which a sperm whale secretes to coat the "beaks" of squids it has eaten so that they do not damage its guts. There is argument as to which end of the alimentary canal the ambergris comes out of.

It is black and fatty when first expelled but turns into a silvery white or golden resin after interaction with the sea, the atmosphere and a type of bacteria. Likewise its briny smell becomes sensual and sweet.

Around 1,000 B.C. the Chinese knew about ambergris' perfume possibilities. They called it loong sien hiang or dragon's spittle fragrance because in their imaginations, sea dragons drooled into the sea and their spit became ambergris. Sometimes ambergris was added to food as a flavour enhancer. Today Eau de Merveilles by Hermes contains ambergris as do a few other bespoke perfumes. Although Prada's Eau de Ambree is a good celebration of the warmth of ambergris, it is largely made of substitutes.

Ambergris is such a precious substance that sailors would be overjoyed if they found a lump floating in the sea as it could set them up for years. In 1883, sailors on the Splendid of Dunedin, New Zealand found a huge lump which weighed 983 pounds and was worth NZ$25,000.

In Moby Dick, the sailors try to find some ambergris in a whale carcass. In fact, whales have been a source of raw materials for seafaring countries for centuries. Sperm whale oil once lit the lamps of the major cities of the US and Europe. After World War II, 30,000 were caught annually.

The sperm whale has been a protected species since 1982. Although not on the endangered species list, it is listed as "vulnerable". This means that it is illegal to kill them although Japan has issued a scientific licence to take 10 from the North Pacific annually. On paper, any ambergris that has been produced since 1982 must have been collected from the sea. And this has led to no end of people showing up at museums of natural history bearing lumps of matter which they hope turns out to be ambergris. Good luck to the people trawling the Gulf of Mexico, because they will more likely pick up bits of tar.

At the end of Moby Dick, both the sperm whale and the vengeful captain die. There is no telling what greed might do to one of the largest species on Earth and what is supposed to be the most intelligent one.

Cancer and the Queen

What does Singapore smell of?

Scent of a Pontianak

Once a lifestyle editor at a website, a newspaper journalist and a food editor, Vivienne Khoo writes about luxury hotels, food and travel whenever she is not sub-editing. The perfume industry and essential oils are her pet topics at the moment.